Porter’s Five Forces Model is an important competitive analysis model given by Michael Porter in 1979 as a model to assess and evaluate the competitive strength and position of the organization. The Five Forces that are examined in this model include the threat of new entrants, the threat of substitute products, the bargaining power of customers, rivalry among the existing firms, and the bargaining power of suppliers. 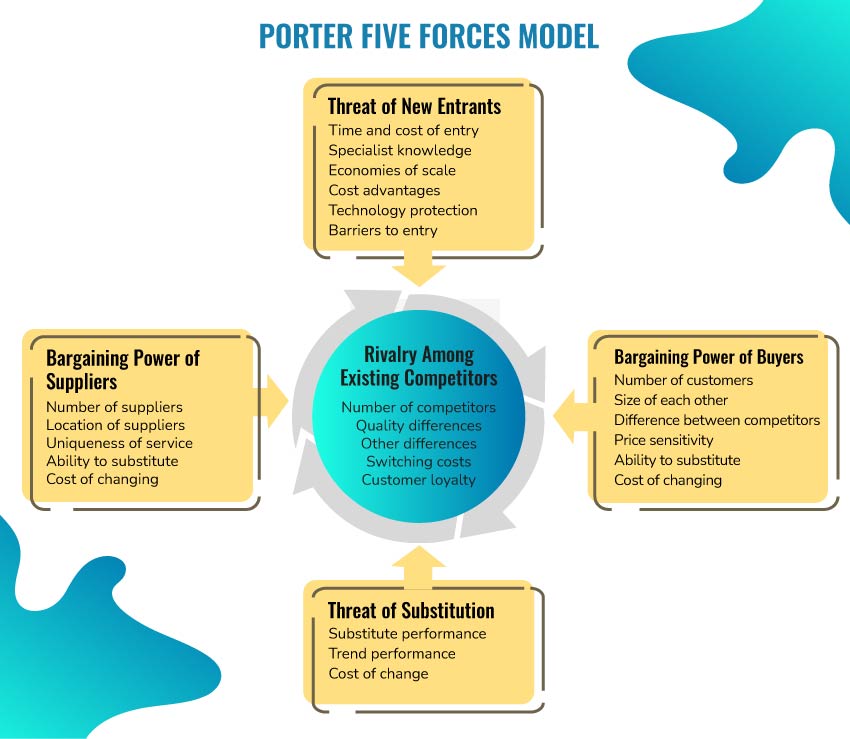 The model devolves on the two schools of thought i.e. doing what the other firms in the industry are doing but at the cheaper rate and doing something that nobody is doing. The Porter Five Forces Model can be used in the manner discussed as follows-

Rivalry among the existing firms-

This force can be evaluated by the organization by considering the number of direct and indirect competitors in the industry. The factors that need to be considered while evaluating this force are listed as follows-

The threat of substitute products

The threat of new entrants-

To understand the application of this planning model, let us delve deep into Woolworths Porter Five Forces Model.

A Succinct Analysis of VRIO- A Resource Model